Home / About Us / Awards and Recognition / Testimonials

“This is in recognition of the eight young men supporting the Takula operation in repairing the deaerator repairs. These men have done an excellent job in overseeing the safety of the personnel working on WIP. They also participate in the pre job meeting identifying possible hazards. I’ve witnessed them do a walk around of the job site prior to the start of the job. I’ve observed them checking their safety equipment. It gives me great comfort knowing that these men take their job seriously and are aware of the possible hazards we face day to day.”

“Things went well, manpower was managed accordingly, and staff was friendly. Supervision managed the team very well and had workers in place as required. We had a couple equipment issues but together we managed them very professionally. Communication and participation from head office was noted as very good. No issues with skill levels noted by anyone, we were willing to accept some green workers provided they were mentored. Overall incident numbers were way down from the previous SD and that shows well for everyone. We look forward to working on future projects with your team as with your teams help we had a very successful 2010 TAR.”

“I would like to praise a United Safety H2S and C02 Technician. This worker was a dedicated professional, very motivated, helpful, considerate and worked in operations doing a great job in the SS-20 Floating Production Facility. He also provided good practical training sessions for professionals involved in the detection and measurement of H2S and C02 in the Shock Manifold where samples and measurements are collected. Congratulations on your employee. He was well organized, reliable and has characteristics of leadership and supervision. He is undoubtedly a good reference for United Safety.”

“Even though we made some last minute changes that United Safety did not know about, they did very well to adapt and meet our needs. Very good people and great job!”

“Over the past several years, United Safety’s efforts has contributed toward the safe execution of completion work for Talisman Energy. Your company and field hands did a good job by being truly professional and helping to identify and provide added safety solutions, having a positive effect towards reaching our safety requirements and goals. Each and every time United Safety reacted to our needs of safety personnel and equipment while having a positive and lasting effect on the crews and other service providers onsite.”

“United Safety handled themselves very well on site during this T/A. Shell at the start did not have a clear package for United Safety in terms of work scope, responsibilities and expectations, that grew as the T/A began and continued throughout the T/A. United Safety was very flexible and continued to work with Shell in order to meet our changing requirements during this growth. Although United’s manpower was small, the jobs given did have a good deal of impact on the ongoing activities of the T/A (training, B/A and gas detector supply/management). United Safety incurred no incidents/accidents on site nor were there any complaints brought forward to the T/A Block Coordinators. United Safety provided a steady, low key service and managed their responsibilities without issue. I am happy with United Safety’s performance and look forward to working in partnership with them again.”

“I wanted to take a moment to express my sincere appreciation for the efforts of ALL the United Safety personnel during our recent outage. Your group’s response to our last minute requests for support with rescue plans was outstanding, as was the coordination of the on-site personnel which has become the norm since United Safety began working our outages. It is a pleasure to have such a successful working partnership with a service provider who continues to display extraordinary levels of professionalism and competency. Please pass my appreciation on to the rest of your group.”

“After looking into safety procurement for the turnaround and talking to vendors, we were most impressed with United Safety philosophy and how it aligned with Suncor’s values and beliefs on Safety Leadership, People and Relationships, High Performance, Sustainability and Accountability. Open Communication was a key point between the Suncor EH&S Department and United Safety and turnaround Team. There were issues and concerns, but we were able to openly discuss them and plan our actions as a group and listen to all concerns. Make corrections and carry on with the execution. We had a workforce of approximately 630 workers for days and nights, and were successful in completing the turnaround with only 12 minor first aids. United Safety’s team was professional and organized and I look forward to working with them in the future.” 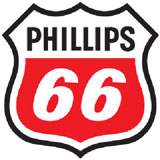 “United Safety’s commitment to safety and customer service exceeded our expectations. In the initial stages of the project, it was apparent that the bid scope did not match the job being executed in the field. USS not only pointed out the problem, but came to the table with a good path forward. They could have used our mistake to their advantage, but they did not. The tracking system gave us real time cost reports resulting in over $7,000 in cost savings. The final report included a plot map that gave us information we need for future planning and shows your true commitment in providing us with the best and most cost effective service.”

“United Safety exceeded our expectations for timely service, quality, equipment reliability and cost savings. The breathing air fixed system was very beneficial and saved BASF man-hours in lost time staging, relocating and refilling breathing air systems to perform work on critical pieces of stationary equipment. The tracking system allowed BASF to get a real time count and cost of the Safety equipment being used at any given time. Your final report included suggestions for equipment rental and count to be used in future outages. This showed us your true commitment in providing BASF with the best and most cost effective service.”

Our site uses cookies and other similar technologies to improve your online experience. By continuing to use this site, you agree to the site’s cookies, including any choices about cookies you may have made.Accept