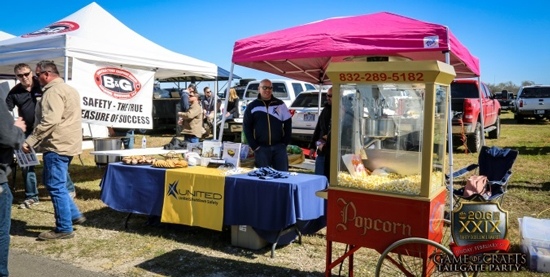 The United Safety USA team attended the opening ceremony for the 2016 29th Safety Excellence Awards, on the 5th of February, in Pasadena, Texas. Organized by the Houston Area Safety Council and the Houston Business Roundtable, the Annual Safety Excellence Awards will honor contractors in the Houston/Gulf Coast area that have had an outstanding record of safety performance in 2015. END_OF_DOCUMENT_TOKEN_TO_BE_REPLACED 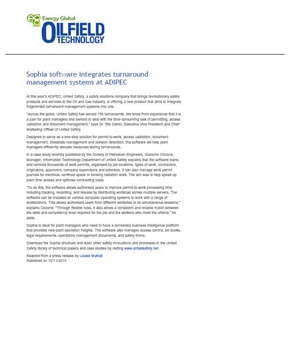 “Across the globe, United Safety has served 789 turnarounds. We know from experience that it is a pain for plant managers and owners to deal with the time-consuming task of permitting, access validation and document management,” says Dr. Elie Daher, Executive Vice President and Chief Marketing Officer of United Safety. END_OF_DOCUMENT_TOKEN_TO_BE_REPLACED

TeQ Shield™ makes the cover of the GPS Show Daily 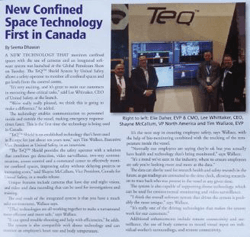 The GPS Show Daily was the publication circulating the show floor at the Global Petroleum Show 2015. The launch of the TeQ Shield™ Guardian confined space monitoring technology made it to the cover. The GPS daily reporter attended the launch and met with Lee Whittaker (United Safety’s CEO) who said “it’s very exciting and it’s great to assist our customers in executing these critical tasks”. END_OF_DOCUMENT_TOKEN_TO_BE_REPLACED 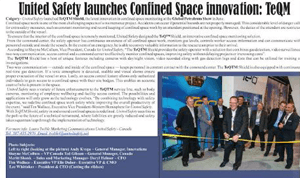 Worksite News, Canada’s Premier Occupational Health, Safety and Environment E-Magazine, has covered our launch of the TeQ Shield™ launch at the Global Petroleum Show 2015. The article mentions the considerable level of danger of confined space work, and the extra safety measures that must be in place to ensure risks are mitigated. END_OF_DOCUMENT_TOKEN_TO_BE_REPLACED 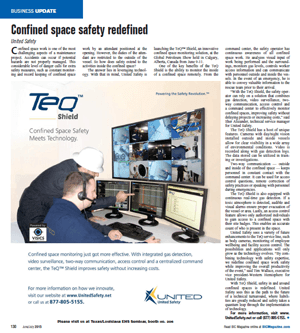 BIC magazine recently published the article “Confined space safety redefined” in their June/July edition. The article mentions how challenging confined space work can be, and how additional safety measures must be in place to prevent accidents. It then goes on to discuss how technology can play an important role in making confined spaces safer. It mentions our recent launch of TeQ Shield™ Guardian, describing the main features of this system that combines access control, two-way communications, continuous gas detection and video surveillance to allow remote monitoring of all confined space work from inside a command center. END_OF_DOCUMENT_TOKEN_TO_BE_REPLACED

Join United Safety at the EHS Seminar and Trade Show 2015

At one of our busiest years to date, we are joining yet another trade show next week. Come visit United Safety at the EHS Seminar and Trade Show 2015, taking place in Galveston, Texas. END_OF_DOCUMENT_TOKEN_TO_BE_REPLACED 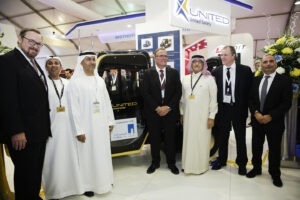 Abu Dhabi, United Arab Emirates – United Safety in association with Al Hosn Gas will unveil the Air Qruise™ Electro-Ex, an explosion-proof vehicle designed for use in Immediately Dangerous to Life and Health (IDLH) environments at ADIPEC 2014. Al Hosn Gas is the first company to make use of the Air Qruise™ technology for its Shah Gas Field.

“Al Hosn Gas is committed to becoming the world’s leading company in developing sour gas resources. Given the complexity of the Shah Gas Field, we are actively seeking innovative and creative solutions for possible safety gaps as an added layer of protection for our workforce,” states Al Hosn Gas CEO Saif Ahmed Al Ghafli. END_OF_DOCUMENT_TOKEN_TO_BE_REPLACED 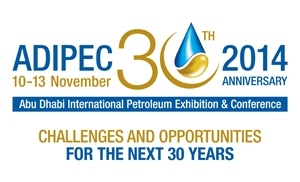 The Abu Dhabi International Petroleum Exhibition & Conference is celebrating its 30th anniversary in its 2014 edition, running from November 10 to 13. This event will gather global decision makers and thought leaders of the Oil and Gas industry under the theme “challenges and opportunities of the industry for the next 30 years”.

Ranking amongst the top 3 Oil and Gas conferences in the world, and the biggest in the MENA region, this year’s edition won’t fall short. END_OF_DOCUMENT_TOKEN_TO_BE_REPLACED