Airdrie, Alberta, Canada – On November 28, 2013, United Safety had a special celebration to recognize five people who have been with the company since it started in 1987. Such tenure is a true testament to how United Safety values its people.

The people who received the award were Shirley Shewkenek, John Peppard, Dave Dyck, Don Pye and Lee Whittaker. Each received a Rolex watch to commemorate this exceptional milestone. A lunch was held where the five awardees talked about their experience in the past 25 years.

The expression “everybody ropes, everybody rides” was made true by the stories of the five awardees. Shirley Shewkenek handled everything in the office; invoicing, billing, payroll, purchasing, selling, monitoring stocks and even painting the cylinders. The guys did everything else.

“No one knew what they were doing back in those days,” said Lee. “We answered the phone, took the job and learned as we went. You have to remember that there were no established safety regulations back in those days. It took us years just to find an identity,” he added.

The CEO himself recalled a time they needed to put a pressure gauge on the valve of a well-head to monitor pressure readings. He and Dave Dyck went out to the job. The well-head could only be reached by crossing a deep hole and their tools were a plank and a rope. The plan was that one of them had to stand on the plank to keep it stable while the other walked along it to get to the well head with the rope around his waist as his only security.

“We couldn’t defy the laws of physics. Dave was elected to walk the plank. He was shaking like a leaf and the client was wondering if he’d make it but we got it done. We always did,” recalled Lee.

Lee also spoke of truly a bleak situation where the lives of two guys were at stake in the middle of frigid Canadian waters. Two men had been lowered in a glass dome 600 feet underwater to inspect a well-head when they got trapped by the hardening cement. They had only 72 hours of air available to them and the ship above had no equipment to get them back up.

As part of the rescue team, Lee set up a Command Centre on the ship. It took 30 hours of brainstorming and cooperation among the whole crew, including the drillers and welders, to come up with the strategy and the tools (made on site by the welders) to save the two guys. There was no rank and file and the best of human spirit rose to the occasion to get the two men back to the surface.

“These men have overcome immense odds and through sheer determination and ingenuity, they have saved hundreds of lives. Hearing these stories made me realize we have so many unsung heroes in this industry. But for Lee and the team, it was just another day on the job,” said Alfie Huffman, Executive Coordinator to the CEO and Special Projects Manager.

This team of five extraordinary people are greatly valued for their enthusiastic support and willingness to go the extra mile. Not only have they worked to grow the company, their extensive breadth and depth of experience has also shaped the development of the safety industry. 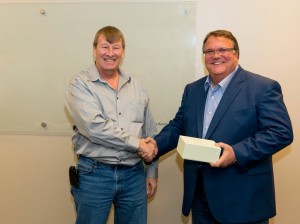 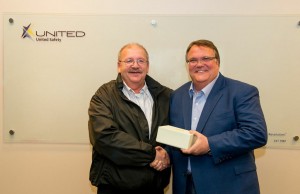 From workshop tinkering to innovative solutions. Don Pye and Lee Whittaker shake hands as they recall how far the company and the industry has come since they first got together. 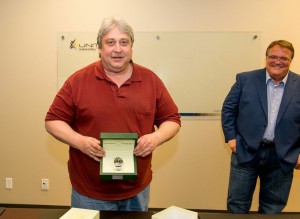 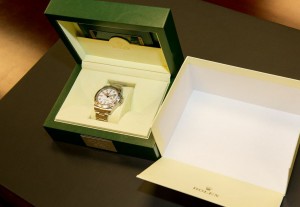 Commitment is a reward. Twenty five years of service at United Safety gives you versatile skills, vast knowledge and the overall commitment to getting things done and done the best. This token of recognition is a testament to this commitment.

Our site uses cookies and other similar technologies to improve your online experience. By continuing to use this site, you agree to the site’s cookies, including any choices about cookies you may have made.I AgreePrivacy Policy